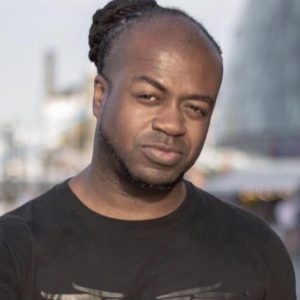 Jump to:
Credable – UK born Ghanain, creator of the Release D Riddim Sound and Brand is one half of the International Vibes Machine out of the UK (with Mr Hardwine MC) a cross genre DJ Specialising in Soca Music.
He started DJing just over 10 years ago after he created the hugely popular Release D Riddim – Soca Central Fete in London (2007), where he found his pure love and knowledge of soca music which spans years from listening to Martin Jay in the UK and visiting Barbados & Grenada from 2000, could be expressed in the way he plays.
Building his reputation as one of the best mixers in the game and linking with MC – Mr Hardwine, they became known as the International Vibes Machine as they brought their unique vibe to carnivals all over the world alongside some of the best Djs in the world, from Barbados, Grenada, Trinidad,  Miami, Hollywood to China, Hong Kong, Holland, Germany, France and more!
Credable has also won awards for best Soca DJ and promotions in the UK and is resident DJ for some of the best mas (carnival) bands around the world for carnival including D Riddim Tribe here in the UK which he also owns.
Away from the carnival world, he plays around the club circuit and weekenders such as the Caribbean Weekender in the UK and abroad playing all the music he loves, from RnB, reggae, soul, old school, House and Garage and anything that gets people moving!
Menu